View our blog post: Xcode 13 and Swift Updates from WWDC21

Let us localize your app!

Once you've completed this tutorial to internationalize your app, please let us translate your strings!
Bookmark this page and come back for a free price quote.

Preparing your iOS app for localization in Xcode

iOS and Mac apps rely on something called base internationalization. Here's how it works.

Introduction to Base Internationalization

The idea behind base internationalization is to extract the text a user sees in your app from Interface Builder and other resources. All of those buttons names and text labels need to be translated, after all. Each piece of text is placed in a simple text format called a .strings file. Base internationalization helps collect those texts from .storyboard and .xib files automatically. You can also include images and other resources that you may want to localize. Xcode moves or duplicates all of these resources into a Base.lproj folder in your project. It also creates separate folders for each language you want to translate into in order to store the localized version of these resources.

Enabling Base Internationalization in Xcode 13

Hint: Add more resources at any time using the File inspector. Just press the button or check the boxes for the languages you'd like. This is useful if you want to include a localized image for a PNG file that has some text in it, for example, or perhaps you want to show a particular country's flag based on the user's language.

Note: Xcode will actually create a .strings file for each and every .xib resource. Xcode includes many placeholders that say "Label" and "Button" that you probably never intended to pay a translator to translate! Consider deleting these from the final files you send your translators.

Xcode's Base Internationalization will export your storyboards and xib texts automatically. That leaves your hard-coded strings and labels, which you can also prepare for export using String(localized: "") in Xcode 13, or NSLocalizedString macro in earlier versions.

Not every text a user sees comes from your .storyboard or .xib files, of course. What about those error messages and user prompts that are buried inside your code? Xcode can help you externalize your coded texts for iOS app localization too.

In Xcode, Apple has embraced the XLIFF format for handing off to your translation team

At runtime, your iPhone or iPad app is going to use the text inside those strings files you created to swap out English text for the translations. But instead of sending dozens of .strings and storyboards files to your translation team, Xcode has a quick export function that creates a single XLIFF file for each language.

(XLIFF is a standard XML-format supported by most translation software, including ours.)

Importing and exporting localizations with XLIFF

New since Xcode 10: Xcode will now export even more stuff in a folder it called an Xcode catalog, or .xcloc. In addition to the xliff file, it also exports some Source context (storyboards) and creates a Notes folder where you can put some screenshots for your translators or other instructions.

This is when your translators work…

Note: You can modify the .strings file directly, and it will be exported along with everything else in the XLIFF file. Do NOT rename Localizable.strings files or .lproj folders. Otherwise Xcode won't find them.

Language Codes
Complete list of ISO-639 language codes to use for your iOS app. Use these to name your xx.lproj folders.
iOS Glossary
This page contains many common translations for iOS terms, including things like Settings, Tap, etc.
Developer Guide
Apple's guide for preparing your nibs.

Once you've finished preparing your .strings file you're probably having doubts that you actually managed to find every hard-coded string in your app. What about those error messages or that plug-in you use? Well, there is a quick way to check. It's called pseudolocalization!

Plus get free cost estimate

Essentially, you use a program to substitute all the English (source) phrases with a fake language. Load up this gibberish Localizable.strings file into Xcode and then run your app. Check every screen and make sure all the text appears as the pseudo-localized text rather than your original. If you can't spot any missing strings, you're good to go.

Tip: Pseudolocalization is also a great way to make sure you've left enough room in your GUI for other languages. A common rule of thumb is that non-English languages are 30% longer, so tiny buttons and titles may not fit when you localize. Pseudolocalization can help you spot those cramped spaces too!

Start translating your app right away using this free Multilingual iOS Term Glossary. It contains common translations for iOS terms, including things like Settings, Tap, etc. in a dozen languages.

Translate your App Store metadata too

You've generated your .strings files, both from Interface Builder and coded strings from Xcode, and those go to the iOS localization team you hire. That's not everything, though. You'll definitely want to have your app description for the App Store localized as well. Since App Connect will also ask you for keywords, make sure you come up with a list of keywords> for your translation team to localize. This ensures that users in other languages will find your app when searching their localized version of the App Store.

Even before you publish your localized app, translating your app description and keywords is a great way to see which languages are most likely to succeed in your internationalization efforts.

How much does it cost to translate an app description?

This might also be a good time to read through your App Store description and make sure it is the best it can be—before you have it translated into 30 languages.

Check it out: How to write an iTunes App Store description » 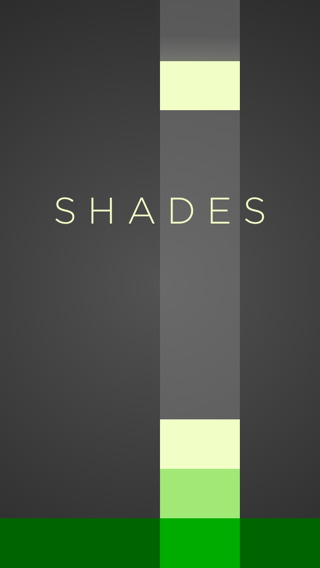 Talk to a real translator.

Interested in professional iOS localization from a team that cares about making apps awesome? Unlike automated or cloud translation services which will translate your "bold" text as brave and "Archive" as a noun without considering it might be a verb, Babble-on is a dedicated team of translators that put as much care into localization as you do into app development.

You can talk to us about your project the whole way through, not just upload your strings and cross your fingers.

Tips for how to localize your iOS app

Developers, send us your strings! We localize iOS apps »

Using App Connect, you've probably already noticed users from all over the world downloading your app. How many more users can you get by translating and localizing your iOS app into another language? Into two, or more? Once you've created the .strings file using the tutorial above, it's very simple to localize your iPhone or iPad app for the iOS App Store.

From our FAQ: Which languages are worth localizing into? »

Is your App Store description going to sell?

Writing a description of your app for the App Store description is often difficult for even the best developers. How do you make your app sound great without sounding like a door-to-door salesman? How will the description translate when you localize your iOS app, and are there any issues to consider for new markets? Babble-on helps developers with both the copywriting and translation, so we know this subject very well. Ask us for help.

Check it out: Tips for writing your iTunes App Store description »

Tell your users in their language.

A user can set their preferred language by going to Settings -> General -> International -> Language. Once the language is set, the iPhone/iPad will display all text, including the app's name on the home screen, in the user's local language.

We love iPhone and iPad apps and are excited to help you localize your projects and test them in multiple languages. Whether you need your iOS app localized into Spanish, Japanese, Russian or any other language, Babble-on is ready to help.

Hiring a team for iOS localization

Calculate the word count and cost of your XLIFF file for iOS localization.
Don't forget your keywords and App Store description.

iPhones and iPads are multilingual out of the box.
Your app's interface will appear localized for the user automatically.

Now that you have all your text ready for translation, you're probably wondering how many words you have and how much that will cost to translate. Use Babble-on's free iPhone app localization cost calculator to find out.

We'd love to help get your app ready for localization.